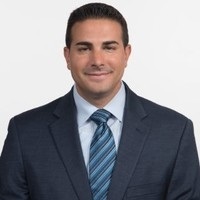 Nicholas has been fulfilling his passion in the financial services industry by educating high level executives, families and other professionals for nearly 20 years. Growing up in a family that had deep roots and a long history on Wall Street, Nicholas followed in his father’s footsteps and got into financial services at a very young age.

Nicholas has helped clients from across the country reach their wealth building objectives at a variety of large and reputable institutions such as Wells Fargo Financial and Foresters Financial Services to name a couple.  In his most previous role, Nicholas was the Regional Vice President for a multi-billion-dollar mutual fund family. His past experiences in the business world has helped build the foundation for his present role as Director of Client Services at BiondFinancial.

Nicholas is a graduate of Monsignor Farrell High School and attended St. John’s University. He currently holds a life insurance license in the state of New York and New Jersey. Lastly, he is FINRA registered Series 7, Series 63, and Series 65. He is an avid football and hockey fan and currently resides on Staten Island.